The Media We Want 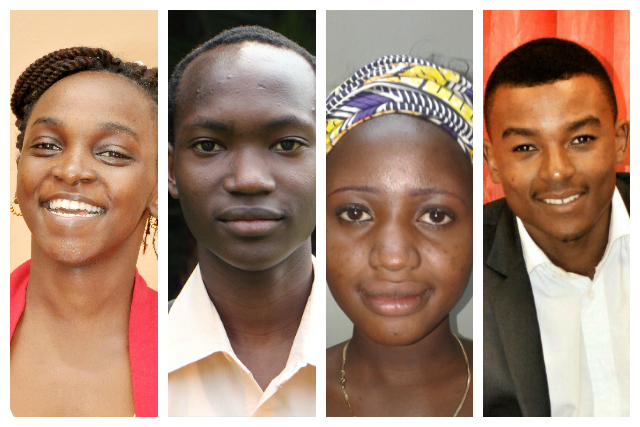 Our reporters asked young people around Africa about what kind of media they would like to see in their country. Here are summaries of what they said.

I would like our media to be more proactive, to be independent in their reporting and to get to the people and get more information, especially information that is genuine, on national development or national security.

I expect the media in my country to give me factual information. The media has to be robust in giving that information. They must be professional. Some of our media practitioners are not meeting the expectation of the Liberian people. Some of them are biased. They are not independent when it comes to feeding us information. They are being carried away or bought by somebody or somebody is pushing them around, telling them what to do. They do not believe in themselves or believe what is right for the people. The media must stand firm: they must go out, seek information no matter where it is hidden or how long it takes them to get it.

I would like to see a media that it is free and objective, not being influenced by any social groupings or projections of western or eastern media, just projecting what represents society in Malawi as a whole.

I want to see a media that is free, objective and has access to information. Whatever the media writes, it should bring development, hope and a change to our nation. I think things really have to change so that people can be experts, people can know the truth and the world can change.

I expect the media to be very objective. They can meet this expectation if they are independent and without bias. They can also fail in meeting this objective if they choose to dance to the tune of government.

I expect the Ugandan media to deliver accurate news and the latest information. I also expect the Ugandan media to interview our leaders so that we can get to know their views on what is happening in the country. I would like to see some of the newspapers deliver more accurate news. Some have facts, yes, but they add in more soup to the news. It’s better to just keep it simple.

I expect the Ugandan media to always tell the correct news, be on time and ensure that information is delivered to the public accurately. There are certain stories, certain news clips that may not be suitable for the younger audience so I would like to see them sort of censor those things especially for the younger viewers so that they may not be affected, and to address those particular stories only to the desired audience which is the mature, adult type of people.

The media in Kenya should provide first-hand information which is genuine, not just relying on information given by local people. It should also have research that will help to bring out information and give it weight. During the holidays when most schools are closed, the media could concentrate on the children who need to be educated and given information that will help them with problems we are encountering nowadays. It should entertain them and, at the same time, bring them information.

I expect the media to be independent from any external influences, be they political, business or financial. I expect them to be fair and present issues as they are. Not to be biased, based on any political party influence or anything. There is a great deal of improvement that is needed in the Zimbabwean media. We feel like when news is being relayed to the public, there is bias mainly favouring the ruling party to the exclusion of every other opinion or every other view. I think as citizens of Zimbabwe we deserve to know what the issues are, with no bias or any other influence exerted. I expect that we be given the truth as it is, be it from the opposition or from the ruling party. We need to know the truth.

I expect the Zimbabwean media to be transparent in their coverage, to be explicit and not to be manipulated. They are failing to meet our expectations because you find that journalists when they cover a story, at times they are manipulated by businessmen or politicians or they cover it with a slant or cover it for money. I would like to see the Zimbabwean media change in the sense that when they do their journalism they should be ethical and look at issues that are affecting society. They should not serve any individual’s interests. They should cover any issue as it is and cover it up to the end.

My expectation of media is a non political treatment, reporting without fear or favour, more reporting on issues around gays and lesbians, making the public aware of their rights and responsibility. Do I think that the media is meeting my expectations? No, I don’t think so because politically it’s always about the ruling party. The smaller parties are not always mentioned. Issues of gays and lesbians are not well reported. I would like to see more balance: equal reporting about all genders and equal reporting on political parties.