Getting away with murder – violence against journalists 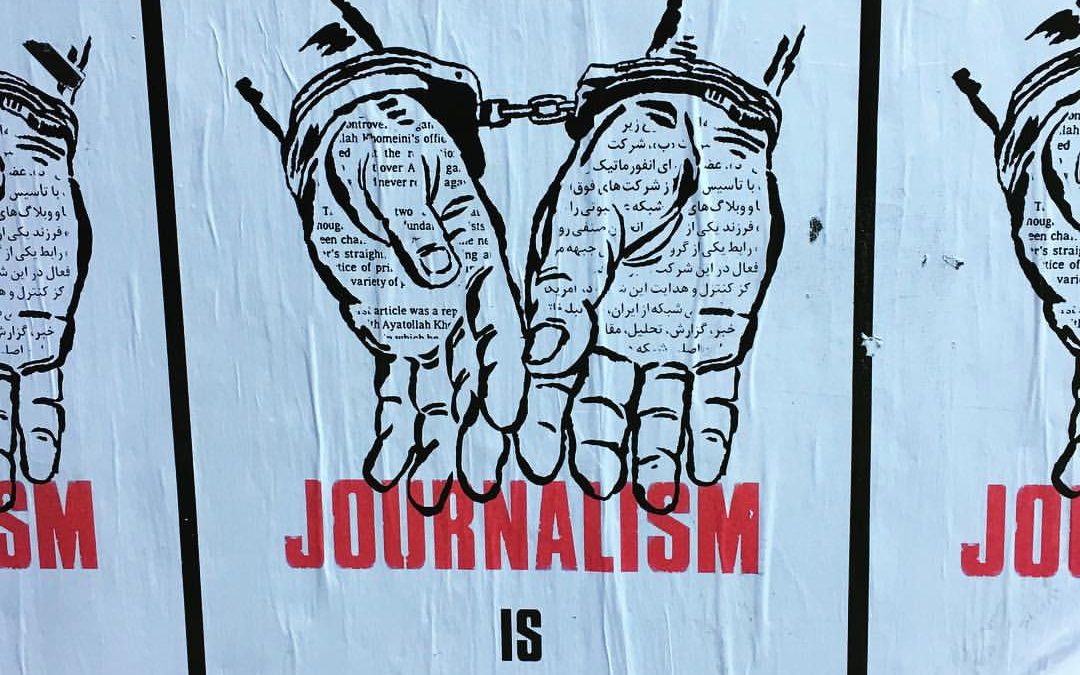 The practice of journalism in Africa is not for the faint hearted. Journalists are intimidated, attacked, jailed, or even killed for doing their job. Eighty-two were murdered between 2012 and 2015 alone – most of the crimes have gone unpunished.

Violence against journalists in Africa has a long history. Before the 1990s, most media outlets were state owned, and very few journalists practiced independent journalism. One-party systems and dictatorial regimes didn’t tolerate dissent or scrutiny.

In most countries, space was opened up in the early 1990s for political opposition.

Fundamental rights, such as freedom of expression, were increasingly respected – either after a long struggle or because new cash-strapped governments needed financial assistance from Western countries. The situation made the emergence of private media possible and provided serious competition to state media, which was usually in the hands of the ruling elite.

The scene was set for a hot pursuit of political power by governments and opposition groups, whether armed or not, and journalists were caught in the crossfire. Those vying for political domination and control of wealth and resources were rarely prepared to accommodate critical or independent reporting.

Violence, political upheaval, lawlessness and intolerance to media scrutiny have taken a heavy toll on the profession in Africa. In recent years religious extremism, in particular Islamic fundamentalism, and tribal hatred have added more fuel to this toxic mix.

During the Rwandan genocide of 1994, more than 100 Rwandan journalists were reported murdered in the space of three months. Their colleagues in Algeria were caught up in an Islamist terror campaign between 1993 and 1996, which left 58 killed and forced many more into exile.

Media practitioners have been in the sights of extremists in countries like Somalia where at least three journalists have been killed each year over the last decade. A major clampdown on independent media in Eritrea has led to the disappearance of a dozen journalists since 2001. About 20 have been jailed – they have been held incommunicado for the last 15 years and are feared dead.

Many victims have been recorded in South Sudan, the youngest nation on the continent, which has been engulfed in a bloody civil war since December 2013, two years after gaining independence from Sudan.

Very few cases have been brought to court. One exception was the murder of Carlos Cardoso, editor of the Mozambican newspaper Metical. He was killed in 2000 after publishing investigative reports on bank corruption. Six people were convicted in 2003. The son of then President Joaquim Chissano was charged and accused of being the mastermind. He died before the trial.

But governments may have no interest in investigating such crimes or risk being implicated. To end this impunity, a number of media organisations have supported families of victims at regional and continental courts. And they have had their victories.

In 2014, ten years after the murder of Gambian journalist Deyda Hydara, the Court of Justice of the Economic Community of West African States ordered the Gambian government to re-open its investigation.

In the same year, the African Court on Human and Peoples’ Rights found in the case of Burkinabe editor Norbert Zongo, murdered in 1998, that the Burkina Faso government had not seriously investigated the crime and showed no will to hold the killers to account. The court also said that the killing of a journalist was a method of intimidation that should not be tolerated anywhere.

The Federation of African Journalists (FAJ) has been waging a campaign at all levels of governance on the continent and at the African Union to ensure that the safety of journalists and the issue of impunity for crimes targeting journalists are placed high on the political agenda.

Thanks to this campaign, the African Commission on Human and Peoples’ Rights in 2011 adopted a Resolution on the Safety of Journalists and Media Practitioners in Africa, which calls on governments to prevent and investigate all crimes allegedly committed against journalists and media practitioners.

Protecting the safety of journalists is not only an African issue – it is a worldwide concern. In 2015 alone, 112 journalists were killed in the line of duty around the globe. To help stop such killings, UNESCO developed a United Nations Plan of Action on the Safety of Journalists and the Issue of Impunity in 2012.

This plan is meant to rally support and forge broad coalitions among journalists, media companies, governments, media freedom groups and other civil society organisations as well as the international community.

Violent attacks on journalists and the media are not just punishable crimes. They are also attacks on the right of citizens to full and accurate information on public affairs. It is therefore in the interest of each and every member of society that journalists be able to do their job freely, safely and without fear of persecution.

Gabriel Ayite Baglo is Director of the Federation of African Journalists (FAJ).