African media law: Time to throw off the shackles 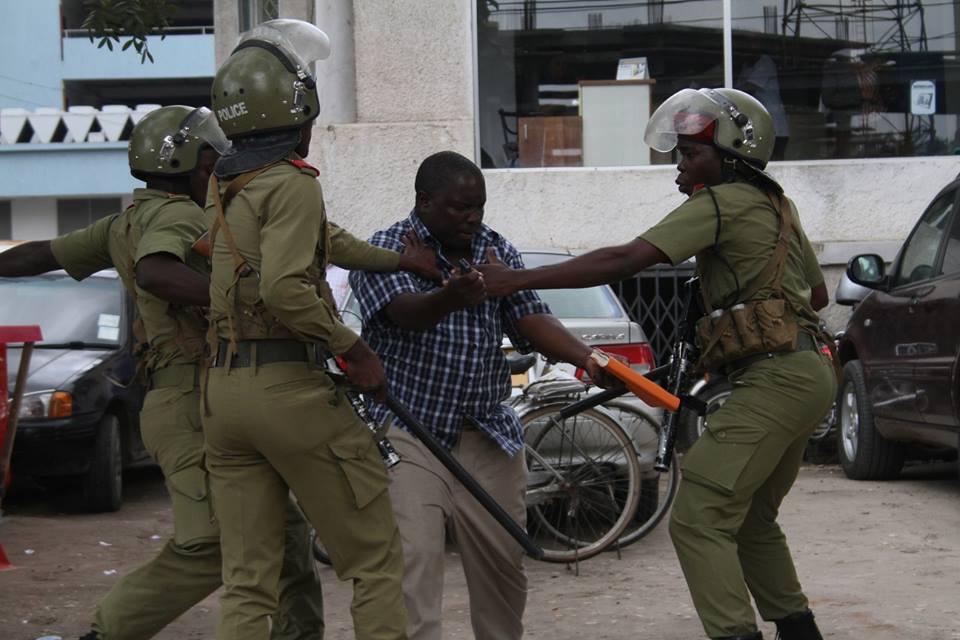 Free media in Africa faces many challenges. Those include colonial-era laws that restrict free thought and expression, and which are holding the continent back.

In the heady early 1990s in Africa, it seemed like every country on the continent was re-examining its political landscape and promising democratic reform. The 1991 Windhoek Declaration placed a free and independent African media squarely on the map and reform looked like it was arriving.

Country after country held free and fair, democratic, multi-party elections, often the first in decades. In South Africa and Namibia, they were the first ever.

New constitutions guaranteed basic human rights, including freedom of expression and, in many cases, freedom of the press.

A quarter of a century is a good time to take stock. How far have we come? How far do we still need to go to fulfil the promise of the Windhoek Declaration as well as the constitutional reform processes that accompanied it?

To take stock, we should identify key challenges facing the media in a number of African countries.

Protecting citizens’ rights to dignity and reputation – rights often provided for in various constitutions – require a balance between the right to freedom of expression, including press freedom, and the right to dignity.

The issue is to get the balance right – to protect legitimate concerns about defamation while ensuring that the media can do its job, which is to report accurately and fairly on issues the public needs to know about.

The law in African countries commonly looks at two types of defamation: civil and criminal.

Civil defamation says a person who has been unlawfully defamed is able to sue for damages. While it is widely accepted and uncontroversial, politicians have abused it by pushing for punitive damage claims, which can bankrupt media outlets.

However, criminal defamation is extremely controversial and has fallen out of favour in democratic countries. Here, the state is able to charge a person with defamation under criminal law, which can lead to arrest, detention, bail, a criminal trial, fines and even jail time. The United Kingdom repealed its own criminal defamation laws in 2009.

Criminal defamation has been on the statute books or part of the common law of numerous African countries for decades and has had an extremely chilling effect on newsrooms across the continent. In 2010, the African Commission on Human and Peoples’ Rights passed a resolution calling on states to repeal their criminal defamation laws. Progress has been slow – to date only Benin, Ghana and Niger have done so in full. South Africa’s ruling party announced the intention to repeal the common-law crime of defamation and Zimbabwe’s Constitutional Court has declared its criminal defamation laws unconstitutional.

A related matter is the prohibition against insulting important persons — throwbacks to the colonial era when it was prohibited to insult the king or queen of Great Britain, foreign princes and the like. Sadly, they have been retained throughout Africa but now serve African kings, presidents and prime ministers.

They provide for criminal penalties, which has a chilling effect. In addition, they undermine the key democratic value of equality before the law.

Many countries in Africa still have colonial-era statutory provisions that criminalise the publication of untrue statements, reports or rumours that are likely to alarm the public. These provisions are problematic since it is impossible for journalists and media houses to get every story entirely right and factually correct all of the time. These provisions ought to be repealed and if a story is false, other remedies such as corrections, apologies, media council rulings or civil defamation claims should suffice.

Colonial-era security laws often stifled reporting on matters that may have sparked dissention with colonial rule. Most of these laws were not repealed at independence in many African countries. All too often, independent states simply continued to use the laws to stifle legitimate dissention, criticism, comment and expression by their citizens.

A key feature of the laws is that the definitions are overly broad. They do not focus on clear threats to the country’s existence or territorial integrity but also refer to vague concepts such as “disturbing relations between different sectors of the population” and the like. They are often subjectively framed, and what is required is that there is a threat in a minister’s subjective opinion. This makes oversight difficult.

Very few countries have made substantive changes to their security laws from the colonial era, and consequently the African media environment is stuck in the past. In addition, the very countries that gave rise to such laws – Britain, France and Portugal, for example – have long since amended their laws to fall in line with international norms, which guarantee freedom of the media.

Twenty-five years after the Windhoek Declaration, it is clear that certain promises of media freedom and independence from the colonial era remain unmet. It is time to rid our continent of colonial-era media laws that hold back development and freedom.

Justine Limpitlaw is Visiting Adjunct Professor at the LINK Centre at the University of the Witwatersrand.