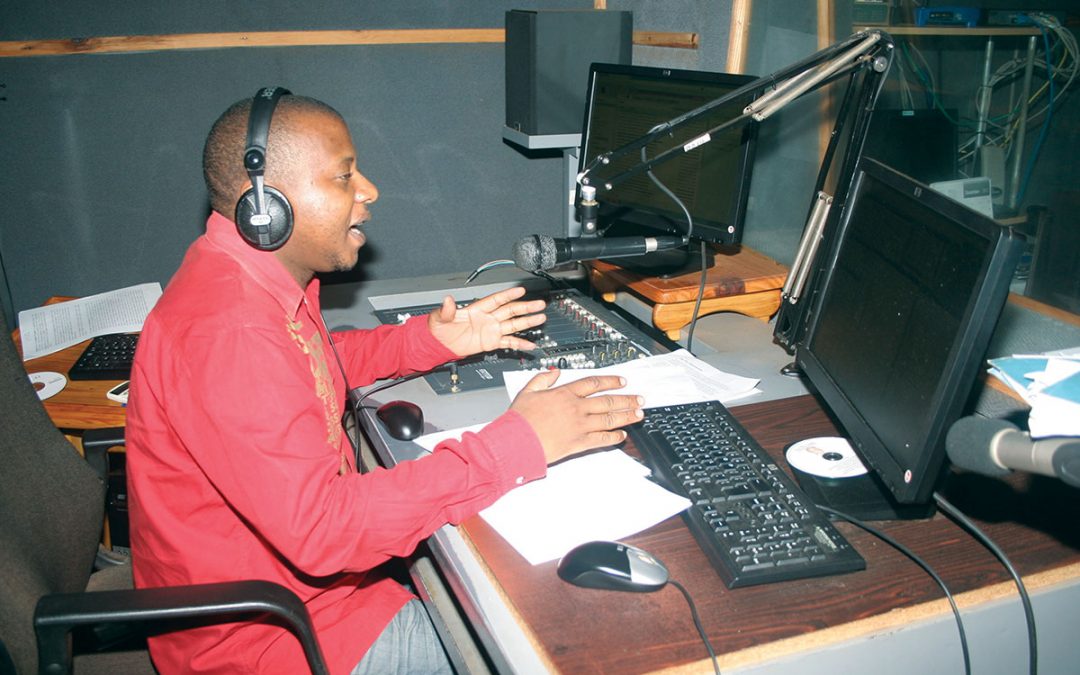 Community radio stations have profoundly changed how people perceive radio in Africa. The stations empower citizens by making them both producers and consumers of information, but they also face serious challenges to their long-term survival.

The number of community radio stations in Africa has skyrocketed since the passing of the Windhoek Declaration 25 years ago and the African Charter on Broadcasting in 2001.

Community radio in many ways became a critical game-changer on the continent’s media landscape: for the first time we had a medium that directly catered to the interests and needs of Africa’s voiceless majority rural populations.

Producers as well as consumers

Community radio provides new opportunities for participatory and horizontal forms of communication. It thus empowers citizens by making them both producers and consumers of information – rather than mere listeners.

At the same time, these stations help promote diversity at the national level. They allow communities to engage in dialogue and address national issues that affect them. They serve both geographical communities and communities of interest, and act as platforms where discussions are held on local issues including gender equality, health, education and agricultural challenges, and income-generating projects.

Stations’ ability to reach people in their local languages and in accordance with the local culture and traditions, allows them to promote citizen participation in democratic and developmental processes. Where public broadcasting is weak, community radio stations have taken over that role – informing, educating and entertaining.

Community radio allows for a greater sense of belonging to the broader “imagined community” of the nation-state they are a part of. It has also been a critical tool for peace building in post-conflict areas.

The evolution of the community radio sector has been accompanied by some exciting innovations. Radio listening clubs connect isolated rural communities with officials; bold programming promotes transparency, accountability and good governance; education programming enhances school performance in under-resourced schools; and radio can be become an instant messaging system in the wake of a natural disaster.

With increased access to the internet, more community radio stations are downloading information on health, development, agricultural markets and prices, and other topics to share with their audiences. They have become intermediaries in opening up the internet to communities that would otherwise not have access.

The enabling environment for community radio varies widely. In some countries, the idea has been well received, with governments creating the necessary regulatory and policy frameworks for licensing and operation, such as in South Africa and Mali.

But in others, there has been disinterest, mistrust and even hostility towards community broadcasting. There have been strict regulations prohibiting news programming (as in Niger) or, any discussion of “politics” (as in Zambia). Some stations have tried to push the limits – but not without consequences (Zambian community radio stations have often been shut down for addressing political topics).

In some countries, fear of the unknown among authorities has led to a tightly controlled licensing regime, with licences given to trusted party loyalists, such as in Rwanda and Uganda.

This is in total disregard of the principles of independence, fairness and transparency in regulatory bodies and licensing procedures laid out in the Declaration of Principles on Freedom of Expression in Africa as well as the African Charter on Broadcasting. Worse still, in some countries a colonial legacy persists in which regulatory authorities are either appointed by or fall under the Ministry of Information. This has serious implications for their autonomy.

The idea of people talking freely among themselves on the radio can put fear in the hearts of the authorities. Worries of “balkanisation”, the fanning of ethnic conflict, or having “a repeat of Rwanda”, where radio played a critical role in whipping up ethnic violence, are often given as justifications for the delayed licensing of community radio. These are legitimate concerns. But with a sound regulatory system in place, such dangerous developments can be anticipated and prevented.

Community radio stations face numerous challenges that threaten their survival. Foremost among these is sustainability, which goes beyond the financial to include sustaining relevance, community interest and participation. The fact that most stations have been established with and rely upon donor funding is perhaps the single biggest threat to the sector.

As donor priorities and interests shift, many community radio initiatives face collapse. With the exception of South Africa, where the Media Development and Diversity Agency is mandated to support community and other alternative media, most governments have done nothing to support the sector beyond establishing the enabling legal framework.

As the cost of producing quality local programmes soars and budgets shrink, some community radio stations have ended up operating like juke boxes, providing endless foreign music content. NGO-sponsored programmes are also extensively used – often at the expense of relevant local content – as a means of not only filling up time, but also generating income.

Other challenges include high staff turnover as well as fights over ownership and station control. Often there is a lack of skills, particularly concerning financial management and fundraising or income generation, and a lack of capacity regarding equipment maintenance and audience research. This means that stations are unable to fully understand listeners’ needs and interests, and thus do not have a strong basis for courting advertisers who could potentially replenish their coffers.

Government support could be crucial but must not translate into a loss of independence. Greater attention needs to be paid to ensuring clear regulatory and policy frameworks that allow community radio to flourish.

Despite all these challenges, the advent of community radio has brought profound changes. It has disrupted the dominant state monopoly on broadcasting and its top-down approach. It has shifted the power dynamics in the relationship between (marginalised) communities and elected authorities.

And in many areas where community radio has taken root, elected officials today ignore their constituencies at their own peril, as communities have been empowered through radio to demand accountability. People will not easily forget the experience or allow themselves to be deprived of this democratic right.

Dumisani Moyo is an independent researcher and media consultant.