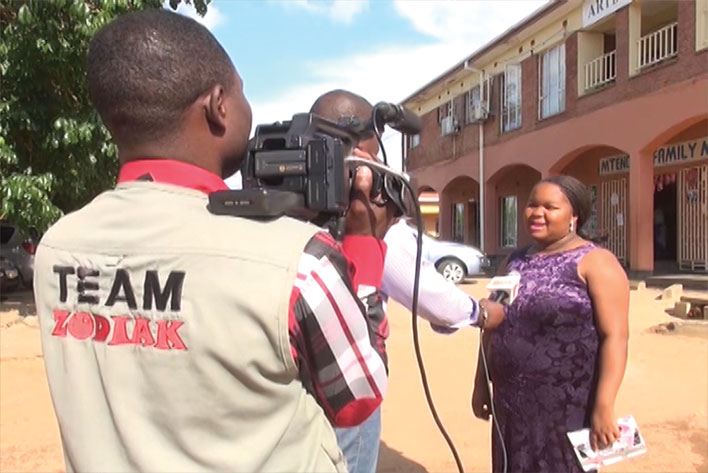 Zodiak Broadcasting in Malawi is one of the nation’s most popular media outlets. Its founder faced scepticism when he left a comfortable job at state-run radio to strike out on his own. But determination and a dedication to fairness led to success.

Gospel Kazako, a 47-year-old Malawian, says people though he was foolish when he first decided to establish what is now the most successful and independent media house in the country, Zodiak Broadcasting Station, or ZBS.

Inspired by what he saw every day at state-run radio where he was working at the time, Kazako started to imagine whether he would be able to run an operation like that single-handedly. Sometimes he asked colleagues how much a microphone might cost, and they began to ridicule him behind his back.

But he was determined, and he left his comfortable job after seven years to set up his own small media house: “Sometimes people look at you like a crazy fellow, but just believe and keep on walking”.

His media company first produced adverts, features and documentaries for other stations – but he kept thinking of having his own. In 2002, he applied for a licence. Four attempts and three years later, he was allowed to broadcast. ZBS started with five transmitters, now they transmit nationwide from 35 sites.

Success has come with difficulties

Zodiak has become a household name. In 2012 the regulator found that the station has a listenership of 76 per cent, trailed by state-run Radio 1, Kazako’s former employer, at 43 per cent.

His business secret: ZBS has won the trust of the audience. “Radio should be fair, balanced, ethical, professional and non-partisan”, he said, adding that he wants to ensure “that people are well informed, so they can make decisions about their future and lives”.

The journey hasn’t been a joy ride. Politics has been an ever-present obstacle in his path of “reporting nothing but the truth”. Four of the station’s vehicles were torched; staff members have been beaten and threatened.

Kazako says he is not an enemy of the state, but he “does not like handshakes to go beyond the elbow, as they might turn into a hug”.

He keeps on walking. In 2013, he decided to go into television as well, and Zodiak now offers a fully-fledged TV service featuring both news and entertainment.

Kazako proudly says that he owes his success to nobody: “We made it on our own, and if we fail, we will fail on our own. Anybody can do this. Take off your fear and believe in your idea”.

Marie Segula is a correspondent in Malawi.