Open data and new technologies: keys to the media’s future 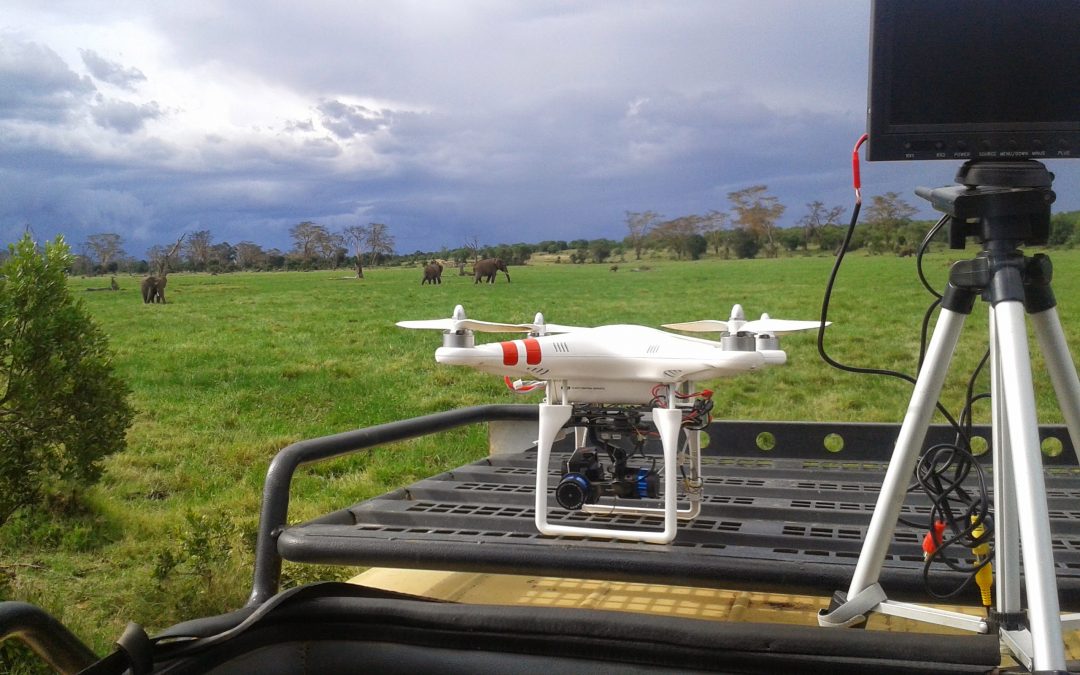 The future of news likely lies with mobile phones, data and drone journalism. These new technologies turn news into a dialogue and enable new levels of access to data may save lives.

The spread of mobile phones and connectivity across Africa offers opportunities and challenges for the way information will be discovered and used by citizens. If people have the necessary skills and knowledge, open data and new technologies hold the keys to the media’s future.

Code for Africa is the continent’s largest network of civic technology and open data labs. We work with media partners to create actionable information for citizens that helps them in their daily lives. From checking if their doctor is dodgy to seeing if they are registered to vote, Code for Africa’s tools have been used in dozens of countries to help empower people.

How might technology be harnessed in the coming years to further democratise the use of information and news across Africa? Below are a few things the experts predict.

Dickens Olewe of African skyCAM in Kenya was inspired when British filmmaker Danny Cooke shared online aerial footage of Pripyat, a city affected by the 1986 Chernobyl nuclear disaster. Cook had used a drone camera costing about $1 500 for this project 18 months ago. Since then, African skyCAM has covered several stories, including floods, political rallies and marathons. They’re also looking at the development of 3D models using drone footage and have produced a 3D model of a dumpsite in Nairobi, giving users an interactive experience with a physical feature.

Drones have become a low-cost alternative to expensive helicopters when it comes to capturing aerial images. The agility of off-the-shelf “copters” means they can be deployed to examine the kinds of details in a story that might be out of reach otherwise.

The biggest challenge to civic drone use is regulation. Several African governments have issued decrees banning civilian operation, arguing they pose a threat to security and privacy. The Kenyan government published a notice in January 2015 banning drone use; Uganda and Morocco have similar ordinances.

However, South Africa’s approach could help reverse this copycat reaction. Like the other countries, it had also banned drones. But the South African Civil Aviation Authority (SACCA), while expressing concerns about drones interfering with commercial aircraft, acknowledged there were viable civic uses. SACCA promised to engage the industry and published new regulations in May 2015. South Africa is now one of the world’s leaders in progressive drone regulation and the Kenya Civil Aviation Authority has since indicated that it is also considering reversing its ban.

To secure the future of drone journalism in Africa, there’s a need to cooperate with other industries that have professional interests in the technology and to jointly lobby for friendly regulation.

Catherine Gicheru, an ICFJ Knight international journalism fellow at Code for Kenya, says computer ownership and usage in her country has grown relatively slowly, with more people likely to use computers than to own them.

However, there has been an exponential growth in mobile phone ownership – 88.1 per cent penetration as of September 2015. In the same quarter, 31.9 million Kenyans were estimated to be internet users, meaning that 74.2 per cent of the population now have access to online services.

The advance of new media and technology has changed the way journalists work and how information is obtained and produced. Gicheru points out that the business of news is incrementally becoming a dialogue between the news providers and the receivers of information.

Citizens now have much greater control over how and when they receive information, and can react to and participate in it if they choose. Audience involvement, either through use of mobile phones or through social media, has fostered a culture where more people come to value media freedom more broadly. The anonymity offered by these platforms means that ideas and information can be shared widely and faster with a large number of people, but these same innovations have created opportunities for widespread manipulation of information, which is difficult to stem.

Gicheru warns about the new threats to media freedom arising from these technologies. Mobile companies are obliged to give up cell phone records when ordered by the courts, presenting journalists with the challenge of keeping their sources secret.

Kenya’s 2014 Security Laws Amendment Act, which weakens safeguards and widens the scope and powers of the police as well as undefined “national security organs” to surveil and intercept communications, restricts the media freedom space. As importantly, it also restricts the ability of citizens to point out and demand action on government failures. That is where whistleblowing platforms like Code for Africa’s Afrileaks come into play, providing both citizens and journalists with a platform where they can share information on stories and tips.

Digital technologies have given journalists opportunities to be innovative, ethical and inclusive, and to work in collaborative ways to solve problems and improve lives. An example Gicheru cites is the GotToVote platform, which not only offers citizens information on elections that was previously not easily accessible, but also gives journalists information that adds nuance and depth to their reporting.

The value of such tools will become increasingly evident in the future when more journalists develop the skills to analyse, synthesise and interpret the vast array of statistical information being made available on the internet.

According to Temi Adeoye, an ICFJ Knight international journalism fellow at Code for Nigeria, there is a desperate need for affordable healthcare in Nigeria’s poorly funded, understaffed and ill-equipped health sector. This has driven many – especially the poor and vulnerable – into the hands of people not qualified to treat them, also known as quacks. The impact of quackery is severe. Its cost in human terms includes disillusionment, health complications and, in some cases, needless deaths.

Public medical institutions in Nigeria are not insulated from this cancer. The complicity and culpable negligence of recruiters at public health service commissions paves the way for quacks to infiltrate the system. Even if they’re found out, convictions are rare.

As the authorities struggle and the judiciary fails, says Adeoye, vulnerable citizens continue to die. Code for Nigeria has therefore partnered with West Africa’s largest online news outfit, Sahara Reporters, to deploy an app called Dodgy Doctors that uses official Medical and Dental Council of Nigeria (MDCN) data to help citizens check quickly whether their doctor is properly registered. They just type a doctor’s name in, and the service will cross check it with the MDCN’s master register.

Other apps in the suite include Hospital Finder and Medicine Prices, which help reduce the time it takes people to find health facilities near them and check how much the government expects them to pay for medicines.

Data-driven tools like these are changing how media affects our lives. It’s no longer enough to talk about what is wrong in our world; the media should give citizens simple, actionable and easy-to-use tools to solve their own problems.

Stephen Abbott Pugh is an ICFJ Knight international journalism fellow working with Code for Africa. He works on audience engagement for projects across Kenya, Nigeria, South Africa and Tanzania.