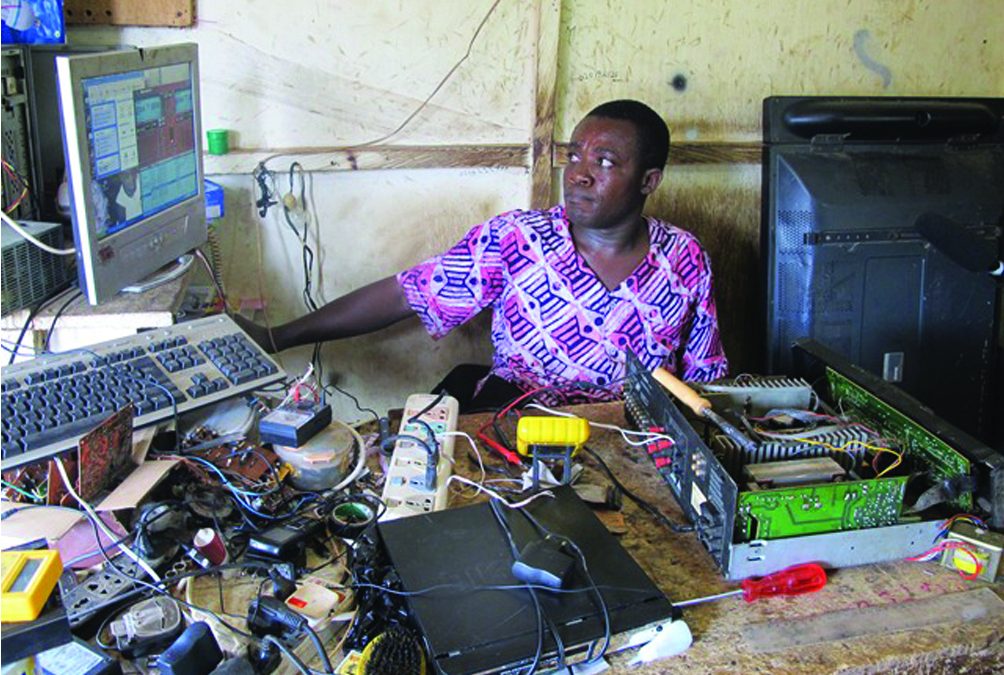 The audience supply line has broken, the digital audience is disloyal, and the talent unaffordable – it’s a sobering picture of the many challenges facing traditional media in the internet era.

In the old days, when it came to the media, the best stories usually took time to simmer. They needed painstaking work, many hands and heads, and lots of time. The result was then served to an expectant, trusting audience. Not anymore.

The audience has migrated down the digital trail, and the media is running helter skelter to find a way to keep them reading, listening or watching. It’s not a problem unique to Africa, but Africa does have some unique realities and opportunities going.

Internet use is growing rapidly in Africa. The International Telecommunications Union says as of November 2015, there were 330 million internet users in Africa out of a population of 1.1 billion – a penetration rate of 28.6 per cent.

Still, while the majority of Africans have yet to connect to the internet, they will be connecting soon. We, the media, should celebrate, if we can change with the times. Many are seeing that’s easier said than done.

Six characteristics of the media landscape show us just how challenging a task it is today to produce print, television or radio content in Africa.

The problem is that today’s young person, however well off, doesn’t think newspaper content is something to pay for. Journalists and editors, in a mad rush to embrace the digital revolution, built websites where people could read stories for free.

This new reader/viewer/listener is a lot different from the old one. They are very opinionated, jump to conclusions before getting the entire story, are impatient and often multitasking, and may be living thousands of miles away from the coverage area.

Second, the digital audience is indiscriminate. Every newspaper used to have its core audience. These relationships were close; loyal readers wouldn’t ever dream of picking up the rival paper. They were once the rock of the newspaper. Today, they are a highly endangered species.

In their place, we have the newcomers who are fewer in number and forage in a variety of news websites. They come to your website a dozen times a day. They are vociferous in the comments section and on social media. They are also fair; they do to you what they do to your competitors. Worse, media managers know of no sure way to monetise them.

Third, there’s the talent. The fast pace of news demands that we put on staff a journalist who is an expert on some subject, churns out copy, can report with a smartphone, and can write, photograph and shoot video. The problem is that few such people exist. Some come close but they’re in such demand we can no longer afford them.

In addition, that skill set is also sought after by politicians and companies. Instead of specialising in press releases and media events, PR agencies now keep whole newsrooms and politicians put reporters on their staff. And they pay better!

Fourth, there is a shrinking bank balance in a pot of interests. Media is only good business if the audience trusts its output, and that trust is earned by a currency called independence. It’s also true that the same independence can bring problems with advertisers, government officials, politicians, criminals and even shareholders.

At a time when many media houses are sailing through rough economic waters, media executives often find themselves under pressure by these interests, but they also know that too much bending to the will of outsiders will erode trust and alienate audiences.

Fifth, where did the time go? We used to have a whole day to produce a daily newspaper, and our readers would wait until tomorrow to learn what happened today. We had the luxury of time; we sculpted clever phrases and checked all the facts. Today, to keep pace, we rush to press and to air, and end up as competing conveyor belts and amplifiers.

And sixth, news became democratised and commoditised. Anybody can deliver it – either written by themselves, by copy/paste, or by robots. Hence, we have multiple sources without multiple voices, resulting in an unending echo of timelines.

To make it unique you will need expensive talent and expensive infrastructure. In the age of shrinking profit margins and competing investment options, the media is scurrying for the business model that will deliver the bacon to the shareholder and fund quality journalism all at once.

Ultimately, all questions boil down to how we define quality journalism and how we fund it. What do media sell – content or audiences? What model do we use – can media houses continue to run as businesses? Or do we need to appeal to charities and the taxpayers?

Churchill Otieno is the Managing Editor for Digital and Convergence at the Nation Media Group in Kenya.

This article is an adaptation of a piece that originally appeared in the AFRICAN FREE PRESS, a MISA project supported by DW AKADEMIE