A year in the life of journalists in West Africa 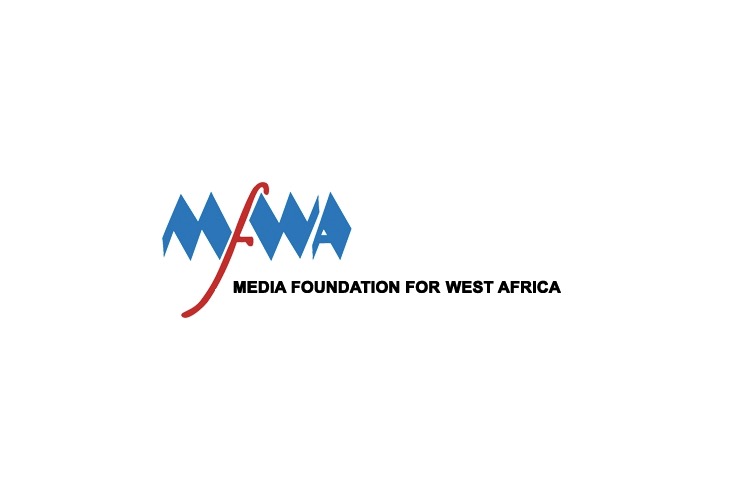 Across West Africa, critical journalists have had to face parliamentary and judicial enquiries, arbitrary arrests and detentions in 2015. In what appears to be an emerging pattern of attempts at censorship and restrictions on critical reporting, journalists in various countries have had to face questioning by authorities for their reports.

Since the beginning of 2015, 23 journalists from different countries in the region have been summoned or arrested and questioned by state institutions or regulatory bodies.

On 4 December, the Attorney General of Guinea Bissau, António Sedja Man, ordered the cancellation of a scheduled popular programme on a state-owned radio station and summoned the Director General of the state broadcaster to the Ministry of Justice for what he called “a working meeting.”

A subpoena dated the same day, signed by the Attorney General, summoned Francisco Muniro Conte and called off the programme which is popular for its frank discussion of topical national issues. However, strong protests from media organisations in the country saved the journalist from further harassment.

On the same day, the Clerk of Parliament in Sierra Leone summoned three journalists to appear before Parliament to answer questions. Thomas Dixon and Theo Harding, Managing Editor and Editor of Salone Times, respectively, and Asma James, Station Manager of Radio Democracy, were asked to appear and clarify a claim they made on the 3 December edition of a radio programme called “Good Morning Salone.” The programme was broadcast on local radio station Radio Democracy. The claim concerned the travelling budget of the Minister of Information and Communications, Alhaji Alpha Kanu.

On 10 September, the Clerk of Parliament had summoned Abdul Karim Fonti Kabia and Bampia J. Bundu, Publisher and Managing Editor of Blade newspaper, regarding a satirical article they published on September 1, titled: “SHAMEFUL: Rubber Stamp Parliament.”

Earlier, Garba Lompo, the Managing Editor of Canard Déchainé, Oumarou Aliou Modibo, was summoned and questioned at the office of the Public Prosecutor at the Niamey County Court. The questioning followed a 16 March publication of an article on the illegal acquisition of land by the Nigerien Minister of Justice. The editor was later put into custody overnight.

Prior to this incident, Joseph Gnahoua Titi and Séverine Blé, Managing Editor and Editor in Chief of Aujourd’hui newspaper, were summoned on 28 July by the investigative department of the country’s Gendarmerie to explain a publication about the wealth of Ivorian President Alassanne Ouattara. The two journalists were questioned for nearly five hours by the Gendarmerie.

In Senegal, on 28 August, Mamadou Wane, Managing Editor of Enquête newspaper, was summoned to appear before an investigating magistrate and accused of “illegally publishing judicial proceedings before public hearing”. When he appeared, he was charged and put on probation the entire day. His passport was also seized.

On 1 July, the dreaded National Intelligence Agency (NIA) of The Gambia summoned and interrogated five journalists of The Voice newspaper. The NIA questioned Musa S. Sheriff, Sulayman Ceesay, Bakary Ceesay, Amadou Bah and Mafugi Ceesay and demanded personal information. The Agency requested information about the newspaper’s sources of revenue, how it obtains reports, its aims and objectives, what it stands for and the kind of information the journalists cover.

Ghana is no exception. On 29 June, Kojo Yankson, morning show host of Accra-based Joy FM, was summoned by the Privileges Committee of the country’s Parliament. Yankson was summoned along with Professor Alex Dodoo, an academic and clinical scientist. This followed an interview Prof. Dodoo granted Yankson, in which Prof. Dodoo said MPs were ignorant about Ebola vaccine trials.

In Guinea, Diallo Souleymane, the General Manager of Lynx newspaper was summoned on 25 and 26 March, and questioned by Martine Condé, the president of Guinea’s media regulatory body, Haute Autorité de la Communication (HAC – High Communications Authority). This followed an article Souleymane wrote on the then newly constituted HAC. The article condemned a violation of Article 7 of the HAC law stipulating that “the President of the HAC shall be elected by his peers under the supervision of the Constitutional Court.” In the case in point, however, the new president and members of the HAC took an oath before a bailiff instead.