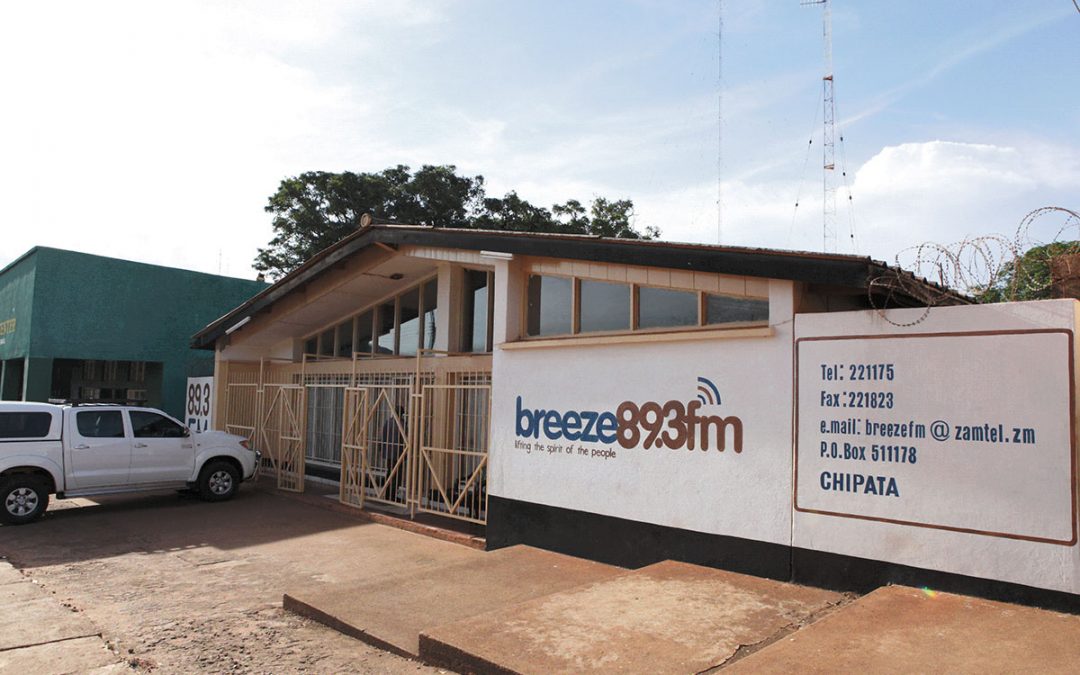 The founder of Breeze FM wanted to create a community station that turned a profit in rural Zambia. No easy feat. But understanding his audience and building relationships have made his station an integral, and sustainable, part of the community.

Cities and commercial or industrial hubs are fertile ground for any radio station, be it commercial or community based. Mike Daka, however, chose to go the more difficult route when he ventured to set up his station in a remote town in eastern Zambia, close to neighbouring Malawi.

In 2002, Daka quit as Director of the Zambia Institute of Mass Communication. He moved to Chipata with his family and started to realise his dream of a financially sustainable rural radio station with a mission. His personal knowledge, skills, contacts and practical experience built over many years of working as a journalist and media trainer stood him in good stead and he managed to translate what he had been teaching into a model.

Breeze FM a mixture of a community-based and commercial station whose objective was to be profitable and community-oriented at the same time.

One of his recipes for success he says, was that we paid attention to planning from the beginning. This included a feasibility study and an audience survey to understand not only the demographics but, more importantly, what the audience’s information needs were. The painstaking preparatory work paid off and the model has stood the test of time.

The station has gained the confidence and trust of the community and positioned itself as a prominent channel of communication in the region. It managed to break even by its third year and has since continued operating sustainably,providing jobs to 24 people, 13 of them full time. Breeze FM is on air 24 hours a day, targeting listeners from the age of 10 to 70 – peasant farmers, villagers, small-scale traders, workers, businessmen and, of course, the general public. Two-thirds of its programming is in the local language, Chinyanja, and one-third in English. Chinyanja is also widely spoken in Malawi and the north of Mozambique, areas covered by the station’s signal, which reaches well over one million people within a radius of 300 kilometres.

Listeners are obviously enjoying the mix of programmes offered. In audience surveys, more than 75 per cent of respondents named Breeze FM their favourite station.

Its programming focuses on education, information, news and entertainment, and provides useful, relevant and up-to-date information with a how to do approach that offers guidance and tips to listeners on a range of subjects. The station also seeks to give the community a voice to express its points of view and the space to engage in public dialogue and debate on various issues.

The station’s popular programming and large listenership, says Daka, enabled it to attract partners, whether it is for sponsoring some programmes or paying for adverts. And every Kwacha counts.

We’ve established ourselves as the most effective channel of communication in in our region, he says, which means that even national advertising agencies see the benefits of working with the station to communicate with people in the eastern part of our country.

We’ve also created a rate level for small-scale businesses in the townships and villages – people selling groceries in the market, hair salons, restaurants and bars, he adds.

Bringing radio to the people

Breeze FM is located in the centre of Chipata, a town of just under 100 000, next to a taxi rank, down the road from the main fresh produce market, and close to banks, restaurants, shops and stalls. It is easily accessible to the community it serves. This, too, has worked in the stations favour and helped, in Daka’s words, to demystify radio in this the station is open and bring listeners, presenters and producers into close contact. It’s change the way people of Eastern Province view radio. Before, when they were listening to (state) Radio Zambia, radio was distant. With Breeze FM in Chipata, radio has been brought to the doorstep of the listeners, he says.

One of the letters he received soon after the launch of the station summed it up nicely: “Thank you, Mr Daka, for bringing the radio station here. Now it is ours.”

Chris Chirwa is a journalist and consultant.