The ills of the world: ‘I blame the media’ 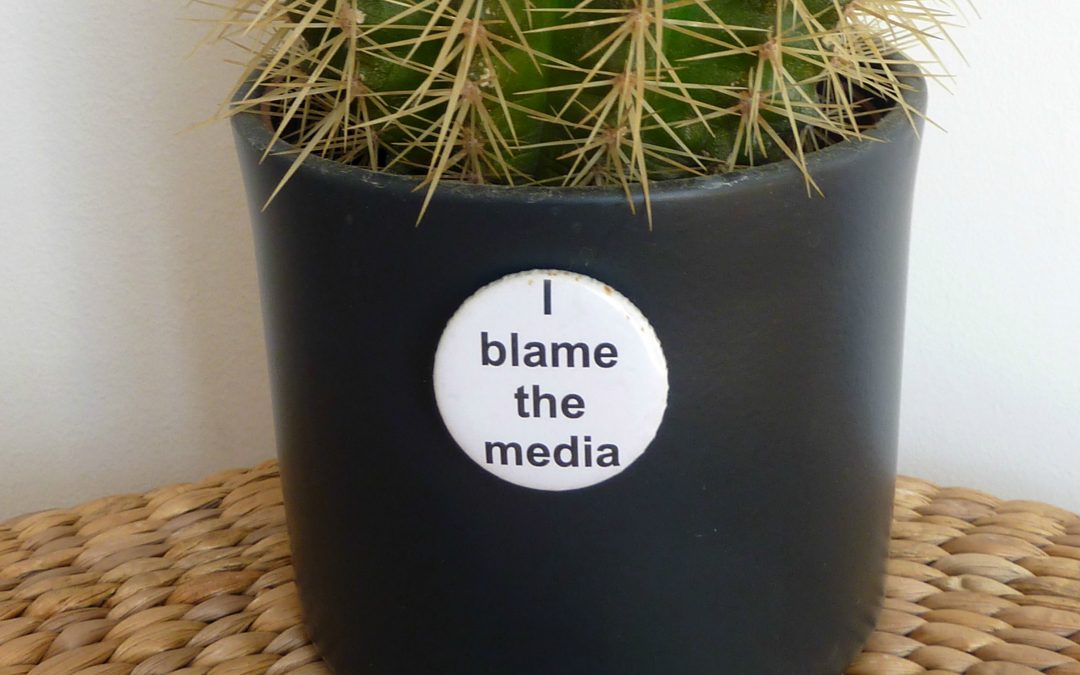 Your Highnesses, Supreme Rulers, Presidents, Prime Ministers, Kings, Sheiks, Chiefs, Prefects and Commanders-In-Chief: I bid you welcome to this, the 5025th annual Secret Meeting of World Leaders, also known as the Rule-O-Rama, the Power Powwow, the Conglomeration of Domination, here in the beautiful underground bunker at the Lèse-Majesté Hotel.

Before I begin, I’d like to thank our hosts, Monsieur Garrotte and his staff, who have gone out of their way to make us feel at home, whether by putting chocolates on our pillows or by feeding dissenters to the pigs in the abandoned mineshaft next door. Thank you also, Monsieur, for tonight’s decorations here in the ballroom bunker. The ice sculpture is magnificent: the way the iron fist is crushing the life out of the gasping Twitter bird is simply breath-taking.

But now, to business.

Ladies and gentlemen, I will not mince my words. The thumbs of political prisoners, certainly, but never my words. As we sit here tonight, we rule a planet that is threatened by three of the most diabolical phenomena ever unleashed on humanity. You know of what I speak. Yes, Highness, you are right to push away your condor liver sorbet in disgust. These are terrible times.

The first threat is, of course, Kim Kardashian. I have heard some of you suggest that she is not as dangerous as I fear. You argue that she keeps the bovine masses docile, chewing on the cud of popular culture, dreaming their little dreams. But I say to you today: when two buttocks command as much respect and adoration as all of us combined, then the centre cannot hold.

The second threat is climate change. Rising sea levels will wreak havoc: in ten years, our yachts in Monaco and Hong Kong will be riding three centimetres higher, posing a massive risk of scraping their paintwork on the concrete quay. Then there is the relentless rise of renewable energy sources, and again, the science is horrifying. At current estimates, some of our colleagues in the Gulf may have to get real jobs within the next twenty years. Already, our friends in Saudi Arabia are working on plans to diversify their economy, and have mooted tourism as a possible growth industry. I’m sure this will be a huge success, especially among visitors who like sand, religious fundamentalism and executions with swords. But not all countries have such vibrant attractions. We must prepare for the worst.

As grim as these two threats are, however, they are dwarfed by the third monster looming over our community of nations: democracy. Yes! Hiss! Boo! Vent your rage! Decry the pestilence of self-rule! Condemn this passing fad of – oh, dear, Field Marshall? Excuse me, Field Marshall? While we applaud your loathing of democracy, we do ask that you not fire your golden ceremonial pistol into the ceiling as they’ve just finished the fresco. Thank you.

As I was saying: everywhere we look, the rabble want to be the masters of their own fate. Is this what our ancestors fought for? Did our noble forebears shed the blood, sweat and tears of peasants to build all this just so some Kardashian-worshipping rube with a ballot paper can take it all away? Of course not.

At first glance, it seems we are besieged on three disparate fronts. Kimmy K, climate change and democracy don’t seem to be obviously connected. But tonight, lords and ladies, I put it to you that all three are controlled by a single hidden hand, that a vast and sinister puppeteer twitches them hither and thither, planning our ultimate doom.

And the name of this villain?

I refuse to believe that this is a coincidence. Indeed, I would go further and suggest that the free press is the mastermind behind almost every catastrophe in the modern world. A murder occurs. Twenty minutes later, who’s on the scene? A journalist. Plagues. Famine. War. Hurricanes. Earthquakes. Volcanoes. And wherever you look, there are journalists.

Now, modern science would no doubt dispute that journalists are responsible for, say, volcanic eruptions. Then again, there are many of us in this room who would dispute that modern science knows anything about anything. For example, just this morning the delegation over at table nine explained to me that natural disasters are in fact the wrath of God, who has been angered by seeing women in miniskirts and girls learning to read and refusing to get married before they turn 10. And so, as the PTA committee said to the headmaster during discussions over the new curriculum, let’s leave science out of it for now.

What we can be sure of, however, is that the media has killed at least one precious thing in this world: hope. Every day, it crushes the morale of our people with its petty gossip, thrusting itself into their simple lives with slogans like “transparency” and “objectivity” and other non-existent words made up by anarchists.

Does it ever stop and wonder if our people want to hear its gloomy mantra of defeat and cynicism? I mean, do our people really want to know that we’ve borrowed some money from the Treasury to do minor renovations on our summer palace? Do they really want to be told that a certain businessman who has been very successful in Colombia’s nasally ingested stimulant industry was visiting us for the weekend and made a large contribution to our election campaign? Do they really want this stream of upsetting non-news? Of course not. The good, honest, hard-working morons of the world want football results, frightening statistics about migration and a heart-warming story about a dog that looks after endangered penguins.

Thankfully, some media stables can be persuaded to see sense, either by being offered millions of dollars of state funds or by having their premises burnt down by young patriots. Indeed, even as we speak, the story about the penguin-dog is going viral, and tonight’s football scores will reassure our people that all is well in the world. In fact, some of our friends in the patriotic media are here tonight – Rupert, always good to see you. Love to the wife. To these heroes, with their giant headlines about lottery winners and suburban sex scandals and endless, endless murders, we say thank you. Your cheque is in the mail.

I would also like to applaud some of our friends here tonight who take a more robust approach against the free press. Vladimir, we’re all in awe of the work you do to keep your country safe from journalism. To the Chinese delegation, well, wow. Over 40 journalists in prison in China, ladies and gentlemen! Yes, let’s give them a big hand! What’s that, Premier? They’re not in prison? Oh, I see, they’re in prison but not imprisoned? They’re all researching stories about the humane conditions inside Chinese prisons, and they just want to be thorough so they’re spending between five and 25 years inside so they get the story right? Wonderful.

To our friends in Washington, guys, it’s been a tough few years but don’t lose hope: one of these days that weasel, Edward Snowden, is going to make a mistake and you’re going to slip a black bag over his head faster than you can say “Next stop Guantánamo, sucker!” And speaking of which: Denmark? Did I hear right that you gave Washington permission to keep a military jet in your country on standby, in case Snowden ever showed his treacherous little face in Scandinavia? Your part of the world is known as a bastion of freedom and democracy, but how wonderful to see you shaking off that awful reputation! Inspiring!

Ladies and gentlemen, tonight I have outlined the threat we face, but I want to leave you with a message of hope. Hope that we will prevail. Hope that, with the help of your governments, the co-operative media, and the odd radioactive particle sewn into the lapel of particularly meddlesome reporters, we can end the scourge of the free press in our lifetimes. And we must. We owe it to the children.

How do we do it? We start with the written word. We start by stamping out literacy wherever we find it. Wherever outbreaks of critical reading occur, we must be there, to guide the children to safety and to guide the editors to soundproof interrogation rooms. Right now, millions of children around the world are learning to read and understand subtext, habits that will doom them to a lifetime of unhappiness. For them, football scores and penguin-dogs will never be enough. We have a responsibility to them and to our pension funds to save them while we still can.

In this regard, I want to give special mention to the government of South Africa, which, whether deliberately or by happy coincidence, has rendered most of its young children completely unable to read, write or count. I think that deserves a round of applause, don’t you?

Friends, the world ran in perfect harmony for tens of thousands of years before the free press arrived. The poor worked for the rich, the strong crushed the weak, and everyone was happy, because anyone who wasn’t happy was obviously poor and therefore irrelevant. I have a dream that one day we will return to that golden era, and usher in another ten thousand years of order. With your help, we can climb that mountain and see the promised land beyond, where dogs guard penguins, where Liverpool goes 2-1 up against Chelsea, and where nobody ever thinks an upsetting thought because nobody knows how to think.

Tom Eaton is a columnist, screenwriter, satirist and author. He has published three novels (and read four).