Time for action on gender equity in the media 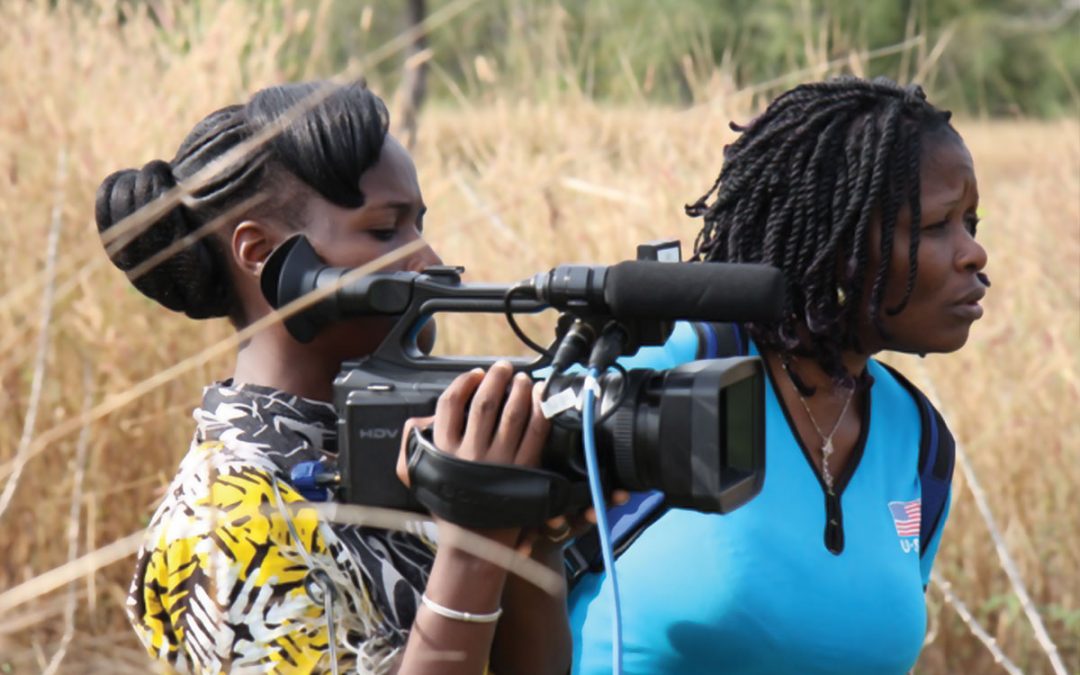 Women make up 52 per cent of the population in Africa, yet comprise a mere 19 per cent of news sources in Southern Africa. It’s an example of the widespread “gender–based censorship” that exists in the media and more should be done about it.

Imagine a world where women and men could walk into a media house and ask to share their story on the airwaves or in print. That would be freedom of expression and access to information at its best.

However, this remains a far-fetched dream as citizens, and especially women, do not enjoy freedom of expression in the news media. Only a select few enjoy the right, while the majority of citizens have their stories told by others, if at all!

As gender, media and development NGOs and activists commemorate 25 years of the Windhoek Declaration, it is sad to note that despite the slow progress in increasing women’s voices in the media and representation in media institutions, the United Nations has not committed itself to developing global standards on gender, media and ICTs.

In September 2015, the UN General Assembly adopted 17 Sustainable Development Goals (SDGs) to guide the global agenda for the next 15 years.

While goal five on Achieving Gender Equality and Empowering Women and Girls is a significant improvement on the earlier Millennium Development Goal three, gender and media activists had hoped for a specific media and ICTs goal, with targets and indicators. In the absence of specific gender and media targets in the SDGs, civil society does not have the required muscle to push for equity. Goal five has no specific provisions on gender equity in the media.

Little movement around gender and media

Gender equality is intertwined with freedom of expression, participation and human rights. Nothing is more essential to this ideal than giving voice to all segments of the population.

Women make up 52 per cent of the population in Africa; yet comprise a mere 19 per cent of staff at news sources in the 14 countries of Southern Africa. This shows the extent of “gender-based censorship” in the media. The media excludes certain people in society. The same is true for radio talk shows and current affairs programmes, where male opinion dominates.

An analysis of advertising reveals similar gender stereotypes, which portray women and men in a narrow range of roles. Yet the campaign for gender equality in freedom of expression has completely fallen off both the regional and global agendas.

The preliminary results of the Gender and Media Progress Study (GMPS 2015), a follow-up to the Gender Links and MISA GMPS of 2010, show that women’s voices in news in Southern Africa have remained virtually stagnant at 19.5 per cent.

Likewise, the Global Media Monitoring Project (GMMP) shows that the proportion of women sources in the global news media remains constant at 24 per cent, the same figure recorded in the 2010 GMMP. Women make up 22 per cent of sources in Africa, a two-percentage point drop from 2010.

The Windhoek Declaration states that: “The worldwide trend towards democracy and freedom of information and expression is a fundamental contribution to the fulfilment of human aspirations.” The question is how does the world fulfil human aspirations when 52 per cent of the world’s population, women, are silenced and the UN watches? Does the fight for democracy and freedom of expression rest with civil society?

Gender Links has conducted research, advocacy, training and policy projects in the Southern African Development Community (SADC) region since 2001. While the media often shows a willingness to give both women and men equal access, a global set of standards against which all media institutions are measured would boost greater commitment to gender equality. Gender Links has always promoted the idea of a UN seal of approval for those who have been consistent in their efforts.

The landmark SADC Protocol on Gender and Development, adopted in 2008, has been signed by 12 out of 14 countries. The Protocol is a very comprehensive instrument as it includes a stand-alone goal, targets and indicators on gender and media. These far-reaching targets and indicators cover a broad spectrum of sectors: media house institutional practice (policy and working environment), media content, media education, gender in advertising, access to information and ICTs. This framework has provided civil society with a basis for their campaigns for gender equality in and through the media.

More than 100 media houses in the region have committed to mainstreaming gender in their institutions, but several thousand other media institutions that have not heeded the call for inclusion and full participation by all of society. Gender Links is therefore implementing a project with journalism and media training institutions in SADC that includes reviewing curricula and creating debate and dialogue on gender, media and diversity.

Following the launch of the Gender Links and MISA 2015 Gender and Media Progress Study on World Press Freedom Day 2016, a series of advocacy workshops will be held in 14 SADC countries with the aim of discussing findings and supporting individual media houses in reviewing their gender-policy action plans.

Micro-level engagements will provide impetus to take the work of Gender Links’ Centres of Excellence for gender in the media forward. The bi-annual Gender and Media Summits that Gender Links conducts with media partners also provide a platform for engagement and the exchange of ideas and strategies to achieve equity.

Moving forward, Gender Links will look to partner with institutions that view gender as a cross-cutting issue while accentuating the link between freedom of expression, media freedom, democracy, governance and gender justice.

There are many ways to celebrate 25 years of the Windhoek Declaration. We will do this through annual tracking and engaging with partners. Our Gender and Media Diversity Centre (GMDC) is creating a community of practice that will champion the cause of gender, media, diversity and free expression for all. Through collecting, connecting and collaborating, the GMDC will breathe much-needed energy into the gender and media movement in Southern Africa and take the Southern African story to the global stage.

Sikhonzile Ndlovu is the Media and Communications Manager at Gender Links.