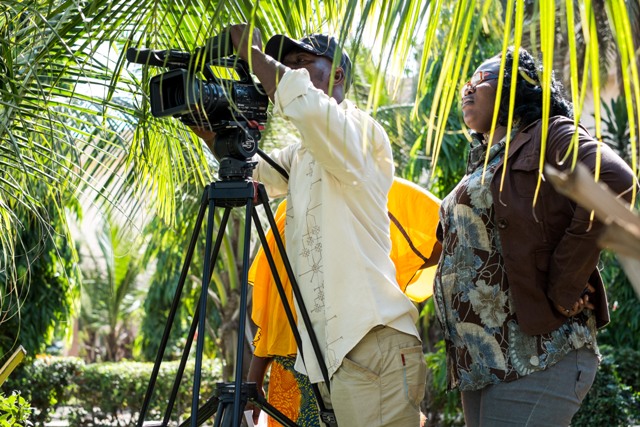 The killing of journalists around the world remains an all too common problem and Africa has not been immune. The United Nations endorsed a Plan of Action in 2012 to try to make the practice of journalism safer.

It doesn’t have to be that way. African stakeholders can do more to join the growing momentum of the UN Plan of Action on the Safety of Journalists and the Issue of Impunity, endorsed by the UN’s Chief Executive Board in 2012.

The Plan aims to make the world a safer place for journalists in both conflict and non-conflict situations. Its steps include helping countries develop laws and systems that protect journalists through cooperation among governments, media houses, professional associations and NGOs.

Even governments that fear free expression have a stake in stopping attacks on journalists because they need two things:

While many states seek to justify the jailing of journalists, none can publicly condone fatal attacks against journalists. The rule of law has to prevail if a state wants to demonstrate it is a credible and legitimate factor in society. After all, each state seeks to command respect as a central authority.

The key to stopping attacks on journalists is to end impunity for the perpetrators committing these crimes.

If those who want to silence journalists through violence foresee that there will be consequences, they’re likely to think twice. The state can and should make an example by investigating and prosecuting these killers.

The UN has proclaimed 2 November the International Day to End Impunity for Crimes Against Journalists, It is a day to call on governments to ensure proper judicial process for slain journalists.

In terms of the UN Plan, governments should also respond to killings by publicly condemning these attacks. They have a duty to send out a strong message that it is unacceptable for anyone to be violently attacked as a result of exercising their right to free expression.

In the first case, the UN Plan offers capacity-building assistance to the state. In the second case, the Plan underlines the need to sensitise the political leadership through advocacy and awareness-raising.

Then there are those places where neither political will nor capacity can be found, such as countries or areas ravaged by war and civil conflict. In these cases, the UN Plan calls for training of journalists, and the documenting of attacks against them so that effective judicial process can occur at a later stage.

The Plan also encourages all states and civil society to play a role in monitoring and reporting killings of journalists and the issue of impunity.

In Africa, according to the 2014 UNESCO study, World Trends in Freedom of Expression and Media Development, Eritrea, Nigeria and Tanzania responded to the official UNESCO request for information on the killing of journalists dating back to 2007.

But there was no response to the UN’s request for official information from Angola, Cameroon, the Central African Republic, both the Democratic Republic of the Congo and the Republic of Congo, Guinea, Kenya, Mali, Rwanda, Somalia, South Sudan, Sudan and Uganda. African countries can therefore do more to respond and also more to support international resolutions on the safety of journalists.

On the positive side, a number of African states have also co-sponsored relevant UN resolutions in this regard in the past three years, including Benin, Botswana, Burkina Faso, Cabo Verde, Chad, the Central African Republic, Ghana, Kenya, Mali and Nigeria.

In addition, people managing mainstream and community media outlets can also play an important part in campaigning to end impunity. And, at a minimum, each company needs a safety policy. Unions, NGOs, community-based organisations and academics can help with training, research and awareness-raising.

Through action and co-operation, African stakeholders can make progress on safety for journalism. It has happened in Latin America and Eastern Europe; it can be done in Africa.

Guy Berger is the Director of UNESCO’s Division of Freedom of Expression and Media Development.