Campaigning in the digital age 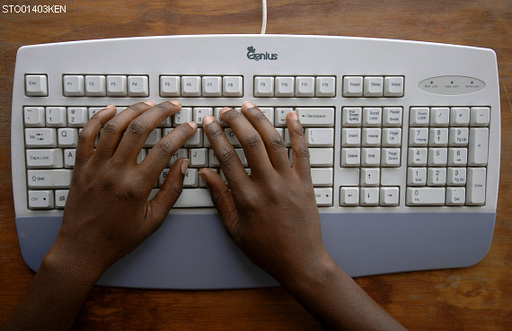 Press releases, resolutions, workshops and demonstrations are all tried-and-tested tools in campaigns for freedom of expression. But, with today’s technology, there are other ways now to rally support.

In addition to traditional media, campaigners these days are adopting social networking, mobile phones, blogs, wikis and a range of other innovations to make an impact. It is important for activists to be aware and understand the potential of the new online tools, especially social media platforms, to promote freedom of expression.

Social media platforms are changing the ways people interact in all areas of life. The term social media, however, is something of a misnomer, because it is as much a place of economic activity and political leverage as it is a site to chat with friends.

For example during the Arab Spring, Facebook and Twitter were used to organise demonstrations, while in Iceland they helped to engage citizens during the drafting of their new constitution. Bloggers have also used their online platforms to challenge social injustices and abuses, and to galvanise support around an issue.

Social media allows interactions and connections while eliminating problems of physical accessibility. The platforms therefore give freedom of expression campaigners a chance to engage in dialogue instead of simply targeting information to specific audiences. Furthermore, social media has the potential to reach big numbers of people.

With an estimated 1.5 billion users all over the world (125 million in Africa), Facebook offers an entry point for campaigners to communicate with citizens on a platform that is already familiar to many. In addition, connecting there is free.

Twitter messages allow one to reach a large number of supporters instantly and affordably. A hashtag (#) symbol before a relevant keyword or phrase that identifies the campaign (say #freedomofexpression2016) will make it easy to search for related tweets. Any click on a hashtagged phrase or word in a message pulls up all those containing that hashtag.

Twitter messages should be brief and focused and target the right people, for example by using the @ sign before a Twitter name, such as @president, @minister, @mobileserviceprovider or whoever the campaign is directed at.

Creating a blog to allow supporters to debate, comment, or contribute their views on an issue is another approach.

In addition, other digital tools can come in handy: mobile phones can stream directly to the web if, for example, activists are being arrested by police. Text messaging can mobilise supporters of the campaign.

The online community all by itself, however, will not be effective without the offline world. Masses of followers on Facebook should be accompanied by masses on the streets, if necessary.

Partnerships with diverse groups are important

It will be important to forge coalitions, partnerships and alliances. These might be multi-stakeholder in nature, depending on the concern. It is crucial for campaigners to bring together civil society constituencies from across the fields of freedom of expression and democracy issues, both technology groups and communication activists, and reach across sectors to include government and business.

Additionally, they should engage with communications companies to help or pressure them to incorporate principles of free expression into their business practices. Also, campaigners should explore ways of aligning companies’ business interests with freedom of expression values in different policy areas.

Activities on the ground are important, too. Photo: Julie Reid

Musicians should be included in these campaigns as they articulate real issues in people’s languages in an entertaining way. Lyrics encouraging more people to take action or defy attempts to curtail freedom of expression can be transported in song in ways that resonate with them.

Examples of songs of protest abound all over the world, the most notable perhaps being reggae and rap. Freedom of expression activists should work with popular musicians and come up with lyrics that explain concepts around freedom of expression in easily understood ways. Lyrics can draw on familiar aspects of people’s cultures that are familiar and unthreatening.

Faith communities and trade unions are too often neglected by campaigners. These can be powerful allies in campaigns as they have influence in large sections of society. They ought to be lobbied so that they gain an understanding of the concept of freedom of expression. After all they largely thrive on this freedom themselves.

Once they are on board, they are likely to mobilise their constituencies and speak out – publicly and candidly – about issues that are important to them in online as well as offline forums, thus helping to increase the impact of the campaign.

Grace Githaiga is an Associate of the Kenya ICT Action Network (KICTANet).